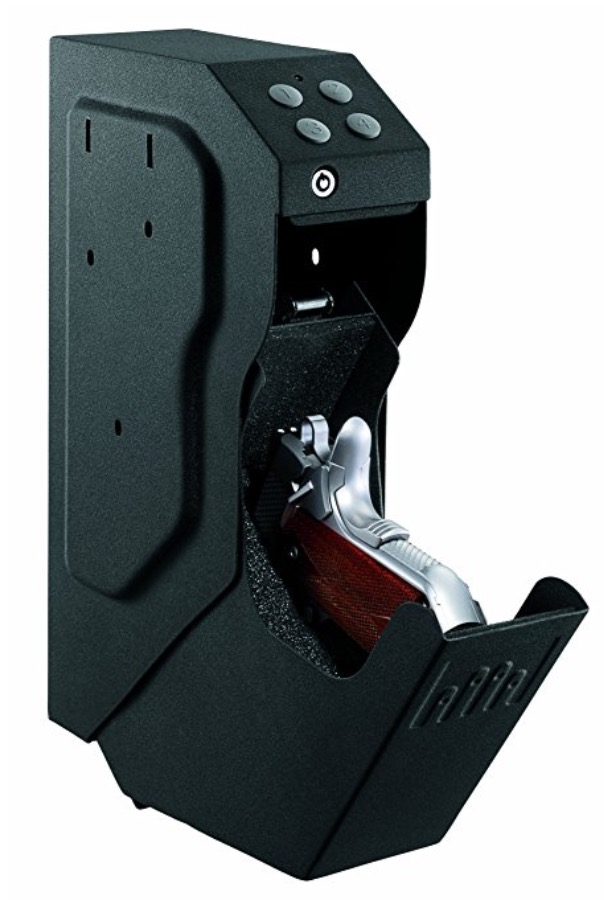 Last Updated on June 29th, 2019
By: Your Home Security Watch

Having a handgun can be a great means of protection if you are properly trained. However, once you bring a gun into your house you have to determine where to keep it.

Having a full gun safe is a good option, especially if you have multiple guns, but they can be difficult to get to quickly  if someone was in your house.

On the other hand though you don’t want to keep it loaded and on your nightstand where a child could easily take it or a robber if you are not in the room.

An instant access safe is a great option that addresses both of these issues. Today we are going to look at the GunVault SV500. 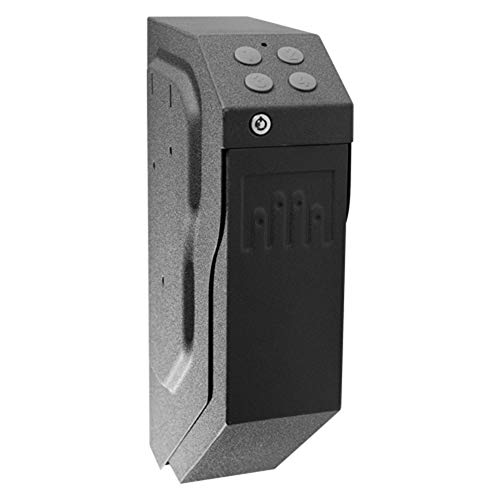 GunVault has been a leader in the industry for the past 25 years. They offer a variety of products that are designed to keep your gun safe and restricting access to it.

The Shooting Industry Academy of Excellence recently named their MicroVault Bio  as the “Safety Product of the Year”.

The company’s motto is “safe, quick, strong, smart”, which is everything you want in a gun safe.

This gun safe is designed to hold one gun in a position so the handle is upright and easy to grab if you need it.

There are some features about this safe that make it really stand out from other safes on the market.

Here is what it has to offer:

There is a four digit keypad on the front of the safe. You can program the safe to open by either pushing one key or creating a combination of numbers.

The safe is electronic and runs on one 9-volt battery.

GunVault recommends that you use an alkaline battery that has at least five years left on it’s expiration date. The battery should be changed once every year.

The GunVault SV500 will show you if there have been any incorrect attempts at keying in the code. If you have children in your house this is a good way to assure they are staying away from your gun safe.

The digit keypad has the option of beeping when you push the numbers, but this feature can be shut off.

Some people prefer to have it silent if they are trying to get their gun out because someone else is in the house and they don’t want to warn them.

Other people like when it beeps so they can hear if a child is playing with the keypad or trying to get into the safe.

The safe is manufactured from 18-gauge steel. You won’t need to worry about anyone being able to easily break into the safe.

There is a backup keyed access in case the battery dies on your safe before you replace it or you forget what code you created.

There is an LED light inside of the safe. When you open the safe it automatically turns on to help you see what you are doing.

This GunVault SV500 is designed to be mounted in places that help you access your gun quickly when needed.

It can mount to the underside of your desk allowing you to access you gun without even having to stand up.

This is a good way to keep the safe out of sight, but making it easy to get to in the middle of the night if you hear footsteps that shouldn’t be there, or someone trying to break in.

While the vast majority of consumers are happy with the GunVault SV500, there are some negative reviews that need to be mentioned.

The first one is that some people have found that the digital keypad does not work properly. They find that either the keypad will open regardless of what code is entered or it will not open at all.

Another issue that is mentioned is that the battery dies very quickly and does not give a warning as indicated. This problem seems to be easy to remedy by using the type of battery that the manufacture mentions that is indicated above.

The last common complaint  that is made is that the latch is loud when it opens. Some consumers don’t like that it would alert someone in the house.

However, there are others that don’t care because they feel it would be a good warning if someone that thought the house was empty and it might scare them into leaving before they actually need to use their gun.

There are some strong features about this product that make it a solid option to use as a gun safe. The GunVault SV500 is smaller and lighter so it’s easy to put in hidden locations.

The digital keyed access allows you to get into the safe quickly without needing to find a key. However, there are some people that had problems with their safe.

If someone had broken into your house and really wanted to steel the safe it wouldn’t take much to pry it off the wall or nightstand if they found the safe.

However, the benefits of the safe far outweigh the negative reviews.

As with all purchases, you should open the package immediately when it arrives and make sure it is in good working order.

If there is a problem you can return it for another.

Otherwise, you should have a gun safe that provides you easy access to your weapon while still keeping it away from those that don’t need access to it. 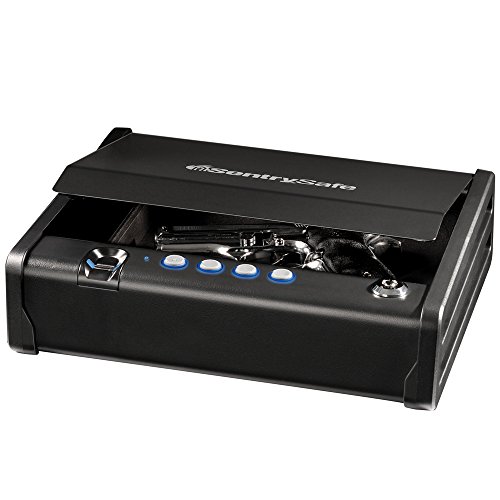 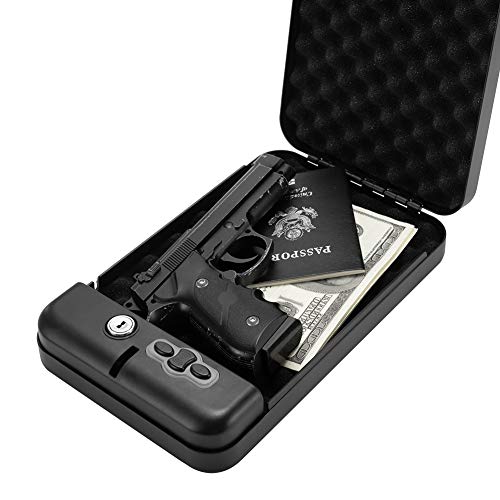 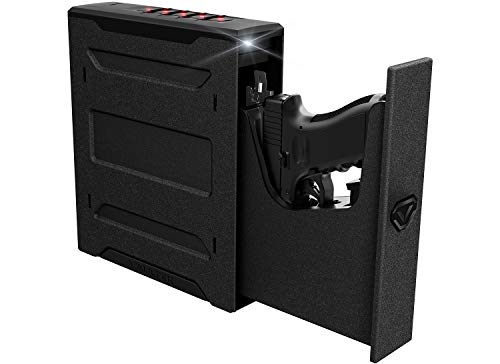