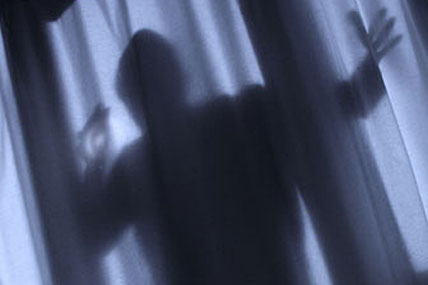 Last Updated on June 28th, 2019
By: Your Home Security Watch

The purpose of this article about home invasion statistics is to provide facts to you, the homeowner, about the nature intruder break-ins that you may not be aware of.

We think that in knowing some of these facts, you will be better equipped to protect your home and make wiser home security decisions.

Improving the overall home security of our readers is our main goal here.

That said, you may be surprised to know that in America, a home is burglarized four times a minute, or about once every 15 seconds.

Also, statistics show that if you live in the United States, you have about a 1 in 1000 chance of being robbed throughout a given year.

These are sobering statistics that should make any of us living here in the United States stop and think for a moment about our own home’s level of security.

Is is sufficient enough to prevent a robbery?

Here are 8 recent statistics about burglaries / home invasions in the United States to bare in mind:

#1 – How Burglars Gain Entry To A Home

Burglars get into your home one of two ways.  One is by entering through an unlocked door or window.

In fact, over 30% of criminals don’t have to do anything special to break into your home; they just waltz right in unrestricted, or hop through a window.

We are not surprised that this is the case, since we know many people who leave their doors open, which, while it seems mighty neighbourly of you to do so, there’s always that 1 in 1000 chance that on any given day your home could be the target for a home invasion and that’s when you’ll regret not locking those doors and windows when you go out or go to bed.

On the other hand, the other 60% of burglars use force to get into your home, by either breaking a window, or jimmying a weak knob lock – or by lock bumping.

We need to remember that burglars aren’t the smartest of people, and they generally want to get in and out as quickly and easily as possible with their loot.

Whether they think you’re home or not – sometimes it doesn’t matter and they’re going to make an attempt to get in one way or another.

That’s why having a high quality deadbolt on your door can be so important, because it can literally stop them in their tracks.

Other things like floodlights, or security cameras can also throw burglars off of their game, as they likely aren’t interested in complications.

Of course, sometimes its the little things that count, like making sure you don’t hide your key under the doormat, or leave your phonebook sitting on your doorstep for days or weeks.

Despite not being the sharpest tools in the shed, when staking out a home, burglars will look for tell-tale signs that a homeowner has their guard down.

Speaking of taking security precautions to guard your home against break-ins, there was a study done at the University of North Carolina in which the Department of Criminal Justice and Criminology determined that in most cases, burglars are very interested in finding out of a home has some sort of security system before going ahead with their planned home invasion.

There have been further studies on this aspect of criminal psychology which back it up.

As we mentioned, things like lights and cameras will tip a burglar off to whether or not a home is secure, and if that’s the case, chances are they aren’t going to proceed.

In fact, the vast majority of convicted burglars have said themselves that they part of their M.O. is to avoid homes that show signs of security.

Things like alarms going off make most burglars flee instantly.

Hell, there’s even a thread on reddit where people can ask a real burglar anything (click here to read that thread).

Crazy, burglars are even prepared to take questions from the peanut gallery on this!

#3 – Most Burglars Try To Gain Entry Through The Front Door

Your front door is the way in which 33% of burglars gain access to your home.

This means, of course, that your front door is likely to be the main target of any kind of forced entry.

As such, having a hollow front door is like an invitation to some burglars to kick the door down and barge right in.

Old weak doors are the same thing; they’re easy for a burglar to kick in and that’s obviously not something any homeowner wants to see happen.

Therefore, maybe its time to replace your flimsy front door with a door that can withstand some force.

We’re talking about a solid wooden door, or maybe a metal door such as steel.  Have a look at our detailed article on exterior doors to get some ideas for what might work.

#4 -Burglars Will Try To Cut Wires

Another interesting statistic is that 25% of burglars will attempt to disarm any kind of wiring they think is attached to your phone, or a home security system of some kind.

If a burglar was to do something like this, we’re talking about a pre-meditated act that puts you and your family at risk.

In the event of this happening, we recommend a wireless home security system of some kind.

Luckily, with today’s smart devices, there are many great smart home security systems to choose from which don’t require wiring, and give you total control over your home’s security via a mobile device.

Armed with this type of smart home protection, a burglar will not be able to set foot on your property without you being sent a notification on your phone, at which point you should immediately call the police.

#5 – Sometimes They Come Back

If a burglar has broken into your home once, don’t think that’s the end of it.

The unfortunate thing about this fact is that once a burglar has robbed a home, they now know its weak points and can do so again at any time.

Don’t be one of those people who go through the ordeal of being robbed, only to be robbed yet again because they didn’t change anything about the security level of their home.

If a robber has even attempted to break in and failed, your home’s overall level of security should at least be analyzed in order to prevent future break ins. The FBI has made the statement that, on average, a burglary is costing the average American $2185.

While this figure is rather startling to us, it is a fact and the only thing we can do about it individually is protect our homes and families by making sure our home is as secure as possible.

To many people, the idea of a stranger trespassing on your property is just as bad if not worse than the fact that they will steal from you.

It’s basically just adding insult to injury that a burglar is not only going to invade your space, but take your things.

It’s enough to make a person very angry and upset, even just thinking about it.  Of course, getting upset doesn’t do anything.  Its better just to calm down and take action.

The sad thing is, some people will think about what could happen and shrug it off because they think it can’t happen to them.

Let us just mention to you, then, that your typical high quality home security system is nowhere near what it would cost you both emotionally and monetarily if a burglar breaks into your home and robs you.

It’s a no-brainer, folks – to avoid this horrible scenario, home security measures must be taken sooner than later.

In addition, did you know that there are many insurance companies that will offer a discount on your homeowner’s policy if they know you have a home security system installed on your premises.

As it turns out, when you combine the average victim’s losses along with criminal justice costs, you may as well tack on an extra “0” to that roughly $2000 burglars take in the first place, because the total comes to around twenty grand.

#7 – Sometimes They Break-in While Someone Is Home

To make being robbed even worse than we have already described, as if everything we’ve said so far wasn’t bad enough, the Bureau of Justice Statistics Special Report tells us that in 28% of all burglaries, someone was home.

In addition, an upsetting statistic shows that 7% of people who were in the house at the time of the burglary had some form of violent crime committed upon them.

Its stats like this which point directly to the fact that if you haven’t considered your home’s security at this point, you should do so now because no one wants to become part of any of these awful statistics.

Wrapping things up here, we’ll leave you with yet another statistic that will hopefully urge you to give some more thought to everything you’re personally doing to make your home a safer place.

On top of all of the statistics we’ve mentioned already, the percentage of burglaries that are resolved by police is really low.

In fact, on average, its only about 13% of burglaries that see some form of justice, where the criminal is caught and convicted.

In nearly every case, the effects of being the victim of a robbery are both lasting and negative.

This is why we point out that there are, luckily, many ways we can prevent a potential robbery, with increasing your home’s overall security being the most important thing any of us can do.

We hope these statistics will be helpful in helping everyone realize just how important our home’s security really is when it comes to preventing burglaries.

Its not a very uplifting topic, but at least we can keep in mind that there are ways to prevent such a devastating thing from happening to us, which is by taking more responsibility for the security of our own home and analyzing potential weak points in our home’s security, so that we can make them stronger and this will, hopefully, prevent any future break-ins.