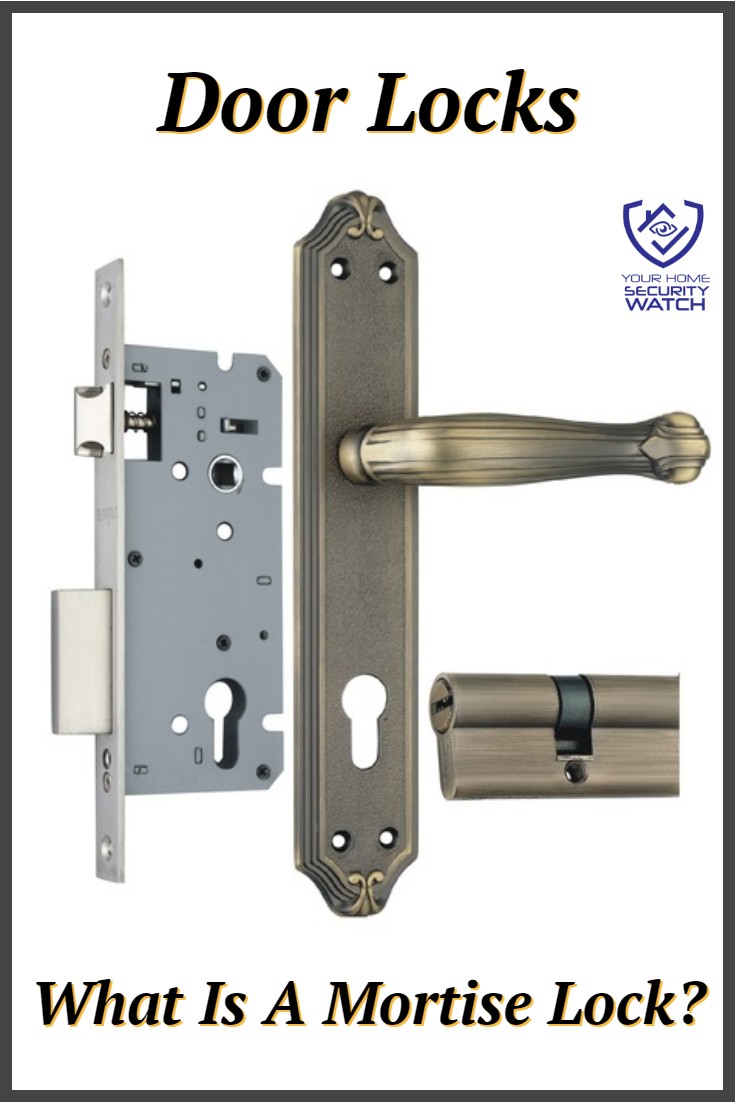 Mortise locks are a specific type of lock set which are used in the commercial security industry and is used in applications which require a lock which is both heavy duty and high frequency. 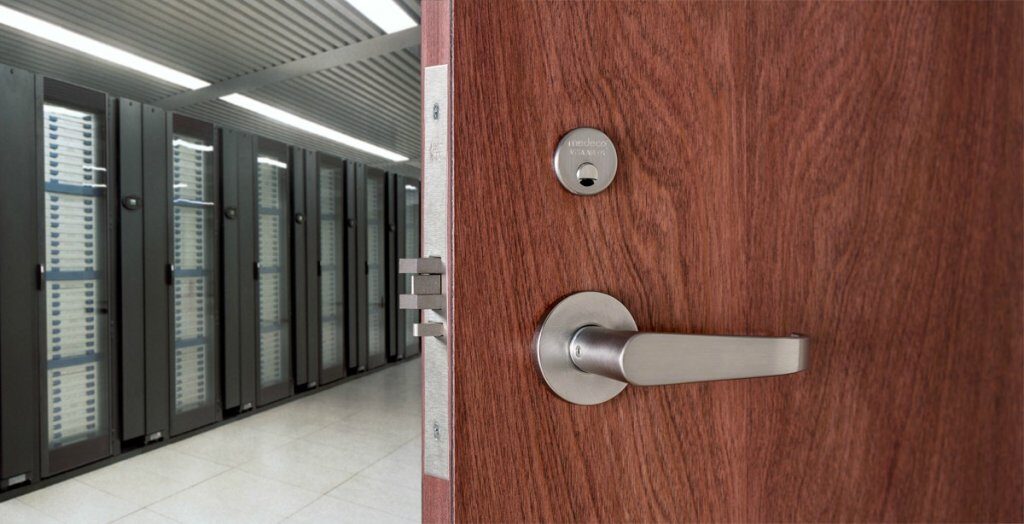 The typical mortise lock is significantly different than your average cylindrical lock, which has the cylinder installed in the lever, with the latch bolt connecting to the chassis.

The mortise lock also differs from a so-called “unit lock”, or otherwise known as a pre-assembled lock, which simply comes out of the box and is then inserted in a pre-cut area in the door for that lock.

Stay with us to find out more about these amazing locks. Here is what we are going to cover today:

Before we move on, please watch the video below that illustrates exactly what a mortise lock is:

Next, we discuss the key differences between mortise locks and cylindrical locks.

What is the difference between a mortise lock and a cylindrical lock?

A mortise lock is distinguished by the fact that it is made up of many different components, including the mortise lock body, as well as escutcheon trim plates (or rose plates) that fit perfectly on both the inside and outside of the door.

It also comes with both inside and outside levers.

All of these components assemble in a specific way, where the levers are connected through a spindle and onto the door itself via the mortise lock casing, as well as another separate cylinder. Unlike a standard cylindrical lock, each of these pieces are completely disassembled to start with, and they must be assembled in your door the exact right way, using standard fasteners that come with the mortise lock, which the manufacturer supplies.

Also included with your mortise lock should be a strike plate.

Once you have successfully installed your mortise lock set into your door, this strike plate is then installed onto the jam, which will allow the latch bolt to simply engage properly into that strike.

Next, we explain the main components of a mortise lock.

What are mortise locks made of? 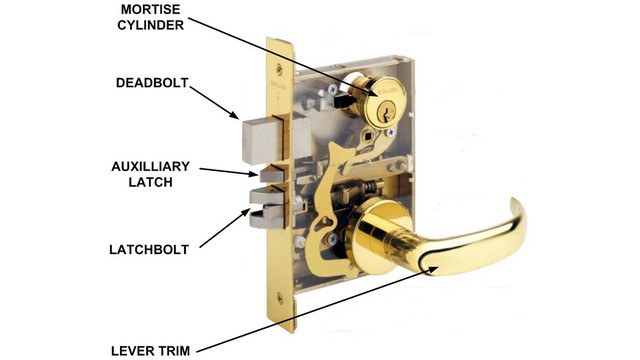 You will notice on your mortise lock set that the parts that come with it are much more heavy duty and visibly larger than other locks you may have had experience with before.

This is due to the type of applications which mortise locks are meant for – commercial purposes which call for locks which can handle frequent use. Included on the mortise lock are the hubs which the spindle will pass through, which are spring-loaded to power your lever, preventing it from sagging down.

We also have the latch bolt, as well as the auxiliary locking latch.  In addition, depending on your application, you may also have a deadbolt as well.

How do mortise locks work? 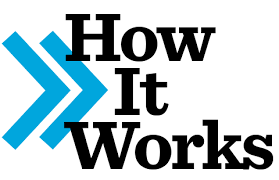 As we have already mentioned above, mortise locks have very different internal working parts than standard bored cylindrical locks.

A standard cylindrical door lock is more common on residential doors and is easily recognizable wit the lock cylinder installed inside the handle or nob.

A mortise door lock needs a mortise, or a pocket, installed in the door frame in order to operate properly. The bolt of the mortise lock fits into the mortise.

There are four parts to a mortise lock other than the mortise itself. The most important is the lock body which is fitted within the door. 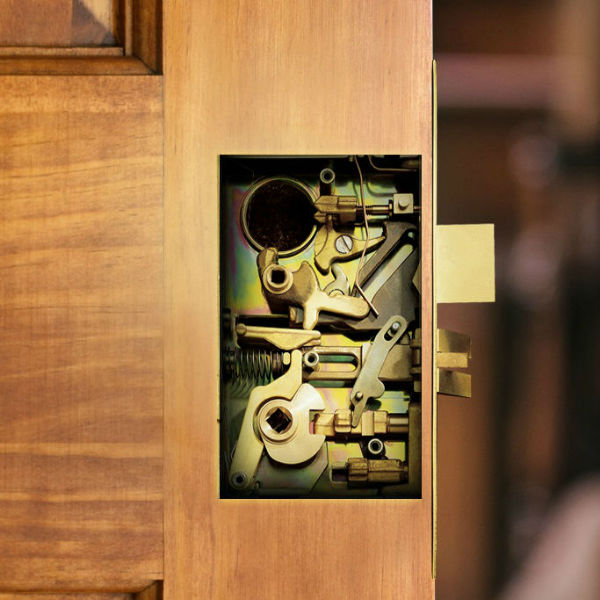 This part is usually not visible, but it controls the opening and closing of the bolt when you turn the key.

Apart from the lock body, there is also the lock trim which range from lever pulls o handle sets to door knobs.

Another important component of a mortise lock is the strike plate which surrounds the mortise in the door frame and makes it even stronger, thus preventing any tearing of the wood.

Lastly, we explain how to install a mortise lock.

How to install a mortise lock?

If you install your mortise lock into a pre-assembled door, which is prepared to house your mortise lock, you will notice that the lock itself engages into this pre-existing cavity, fitting perfectly into that space.

After the lock has been installed neatly inside the door, its time to install the escutcheons, or the outside trim, which will either be an escutcheon or rose type of trim. If your mortise lock has an escutcheon trim, the door must be prepped for that type of plate to install on it.

It also has a place for the cylinder to be installed through, with an inside plate which fits perfectly on to the inside of the door.

Once everything has been installed, with the cylinder screwed right into the mortise lock set, at this point you will be able to fasten the lock and secure it into place.

After this step has been completed, its time to install the final piece, which is called the face plate or scalp.

This is used to simply cover over all of the fasteners and screws which have been used to install the mortise lock.