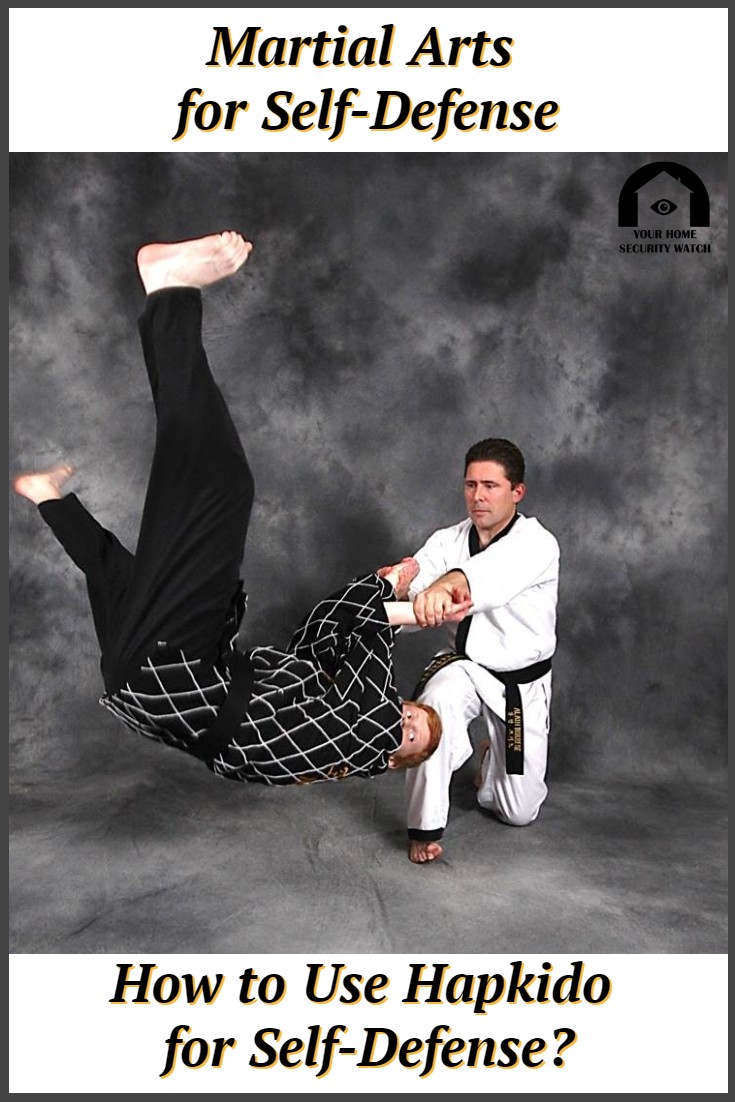 Today we take a look at the martial art known as Hapkido, and learn whether it can be used effectively for personal self-defense.

Hapkido is a Korean martial art form which is, both phonetically and also spiritually, connected to Aikido, another popular martial art style based out of Japan. 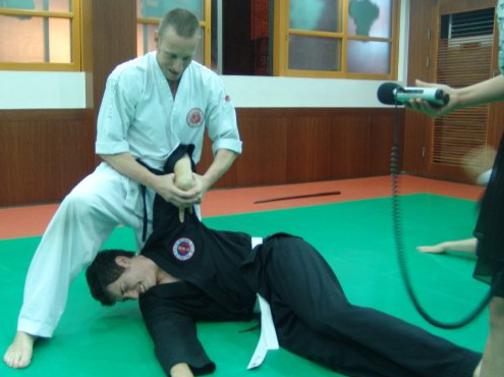 Hapkido may not be as well-known currently as other more famous types of martial arts, but, as a self-defense style in its own right, it appears to have all of the trappings of an effective method for self defense, including various breaks and throws.

Where ever life takes you, learning the ancient ways of self-defense will help you to protect yourself and your loved ones, if learned correctly.

Keeping that in mind, would hapkido, in particular, be something that one with no prior knowledge of martial arts want to investigate further in this regard?  Just how effective can it be?

We reached out to Master David Barney Jr., head hapkido instructor at Modern School of Martial Arts in Cape Coral, Florida, to ask him some commonly posed questions about the art of Hapkido, relating to its effectiveness. 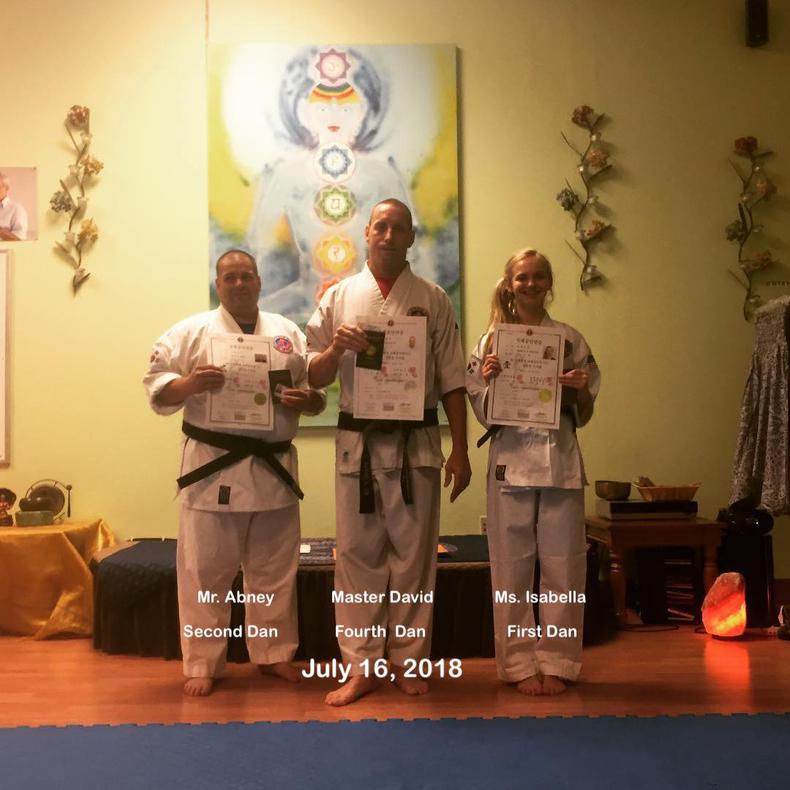 According to the Modern School of Martial Arts website, Master David Barney Jr. has trained in Martial arts for over 14 years.

He began training under Grandmaster Chuck Blackburn (pictured below) and his student Master Travis Ginn. 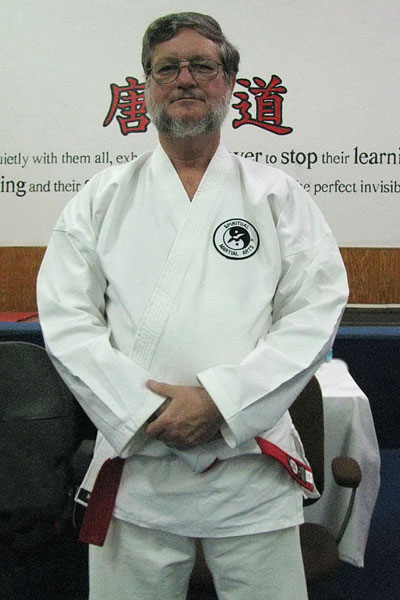 He studied with them for 1 year of Tang Soo Do. When the opportunity came for him to travel and train in Korea, he couldn’t leave soon enough.

Upon arriving in South Korea, he began training in Hapkido with Master Yoon Il Bong (pictured below).

After training in Hapkido for 1 year, David decided that he wanted to become a Hapkido Instructor and open his own school.

A year later he became certified to teach under Master Yoon.

He taught Hapkido to Koreans and foreigners of all ages and abilities for over 4 years.

He studied Korean Tae Kyun and trained with a professional MMA team (Team MAD) for a year as well.

Finally, he returned back to Florida after being abroad for over six and a half years.

Wasting no time, he went right to work with all he needed to do to open his own Hapkido school.

Now he invites you to be a part of it and join him at The Modern School of Martial Arts. 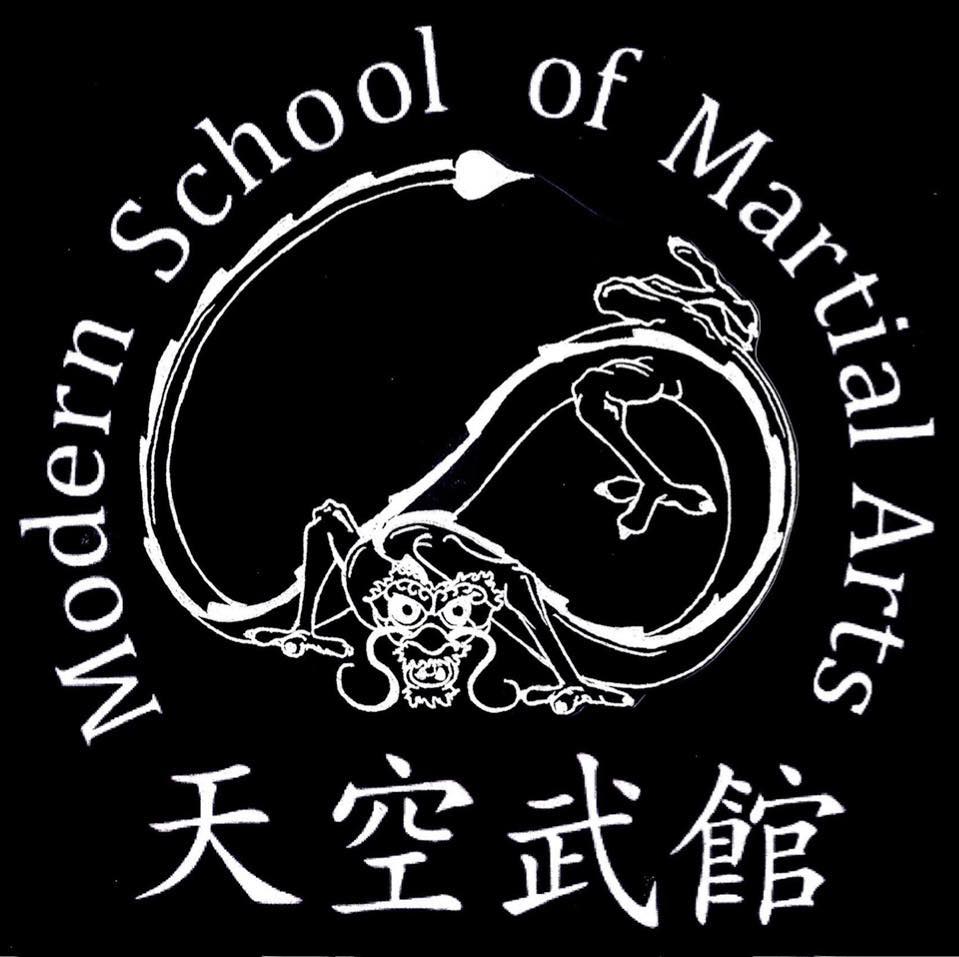 Visit the Modern School of Martial Arts on Facebook

David is a Fourth Degree Black Belt with the International Hapkido Federation. 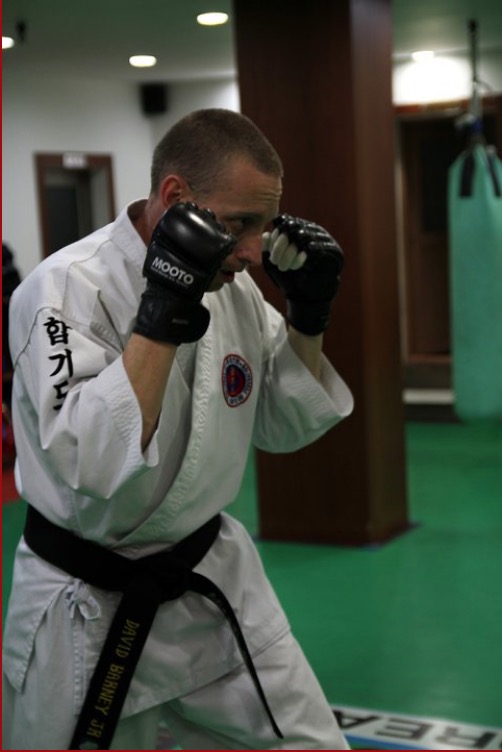 Q: What are the origins of hapkido?

Hapkido originated in South Korea. It is thought to be, at the very least, derived from the same schools of Japanese soft arts like jiu jitsu, judo and aikido.

Q: What are the most common uses of hapkido, and can it be used for self defense?

Hapkido was created as a defensive martial art, and, as with all martial arts, the goal is to minimize the advantage of size and strength.

Q: How does hapkido fit in with the other martial arts? (ie. how does it stack up?)

I think that of all the martial arts, the only other “style” that combines more disciplines than Hapkido would be MMA. We drill skills that apply to as many situations as possible.

We train kickboxing, grappling, joint manipulation, throwing, falling, and depending on the instructor, weapons.

It is one of the most effective self-defense styles.

Q: Is hapkido a sport?

Hapkido practitioners often compete in other systems like point sparring or grappling tournaments to compliment their training, but I would not consider Hapkido a “Sport style”.

Q: Is hapkido a good workout?

Hapkido becomes a more difficult workout as a student advances.  In the beginning students often spend more time trying to understand how to perform skills and as a result, will drill less repetitions.

A more advanced student then, would be doing more repetitions and spend less time trying to figure things out.

The term,”combat” attached to any martial art doesn’t really make much sense to me.  All martial arts are created with the idea of combat at their core.

Hapkido was designed as a form of self defense, which I guess would be assumed to happen on,”the streets.”

A martial art is only as effective as the student that practices it.

A phrase you may have heard from other instructors of martial arts is, “drillers are killers.” In which case, Hapkido practitioners are very, “effective in combat.”

Thank you Master David for taking the time to speak with us!

Hapkido Videos For Your Interest