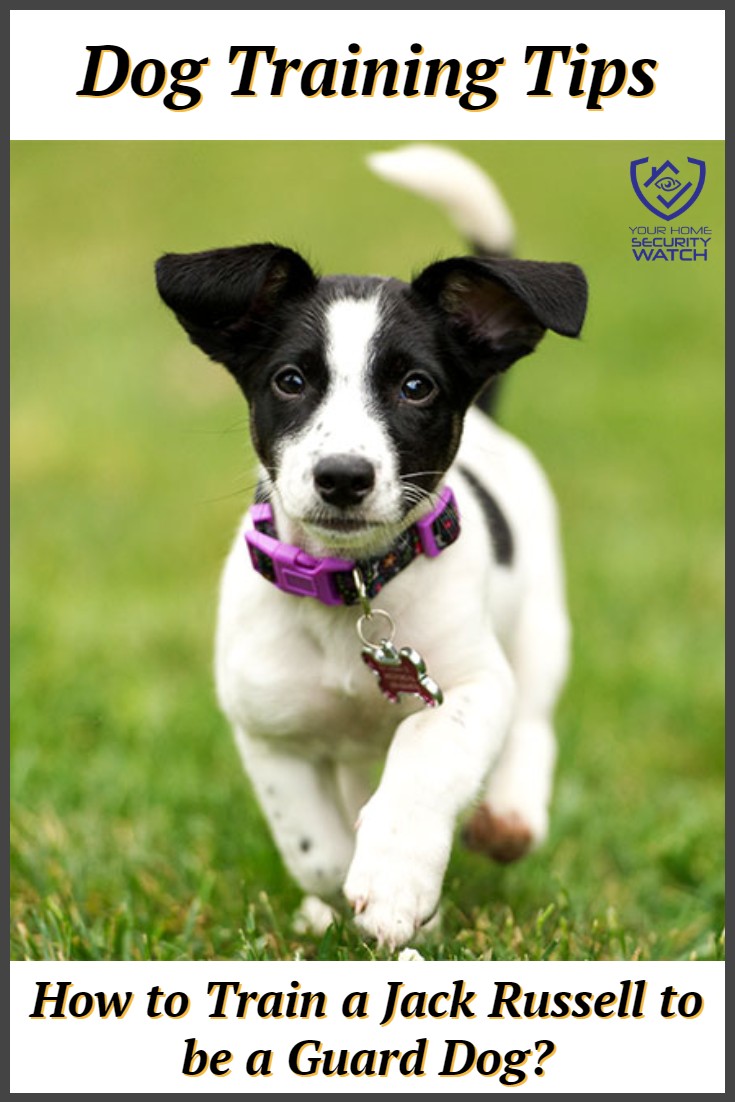 A Jack Russell terrier is a small but feisty dog, and you probably know this if you already have one.

It can be a loving pet, but, at the same time, a true house protector being very territorial in its nature, energetic, fast, loyal, smart and let’s not forget LOUD. 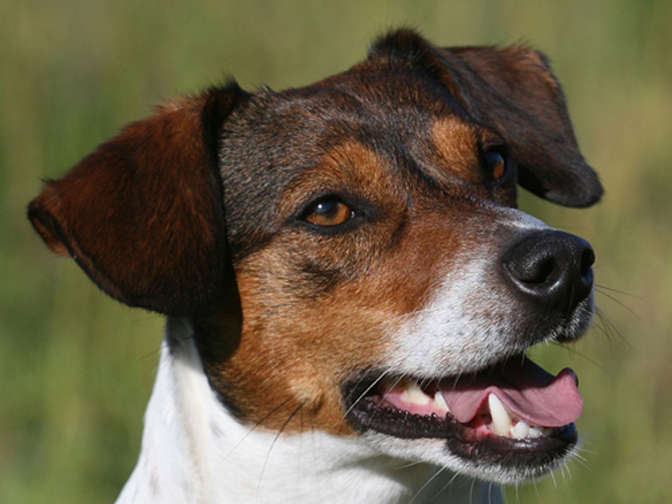 They were originally hunting dogs, and they can also be potentially aggressive in some cases.

Even though people don’t think of Jack Russells as guard dogs per se, this is a breed is very trainable in this way, due to some of these inborn characteristics.

Stay with us to find out more about this amazing breed and the best tips that can help you train your Jack Russel terrier. Here is what we are going to talk about today: 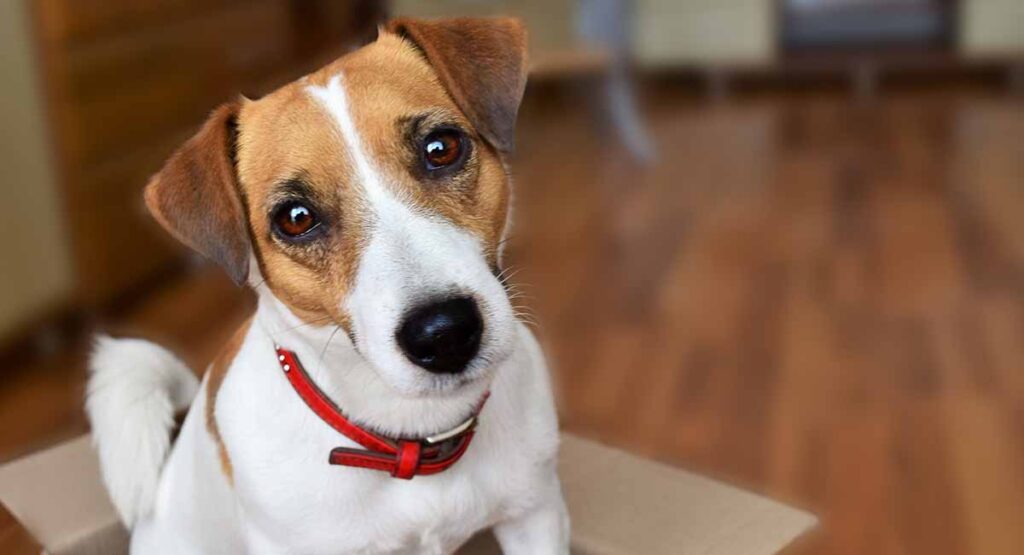 Jack Russel terriers are active, adventurous, independent cute dogs. This could make you think they are also easy to train.

However, easy is not the first word that comes to our minds when it comes for training Jack Russel terriers.

Although training a Jack Russel can be hard, it is not impossible, especially if you figure out what work he likes to do.

Before you move on to training, you need to understand that Jack Russels have a workaholic nature. Without a job, they tend to channel their energy into all sorts of dubious activities.

Jack Russels require a lot of exercise, both mental and physical. If you live in an apartment, you should take tour dog for long walks every single day. 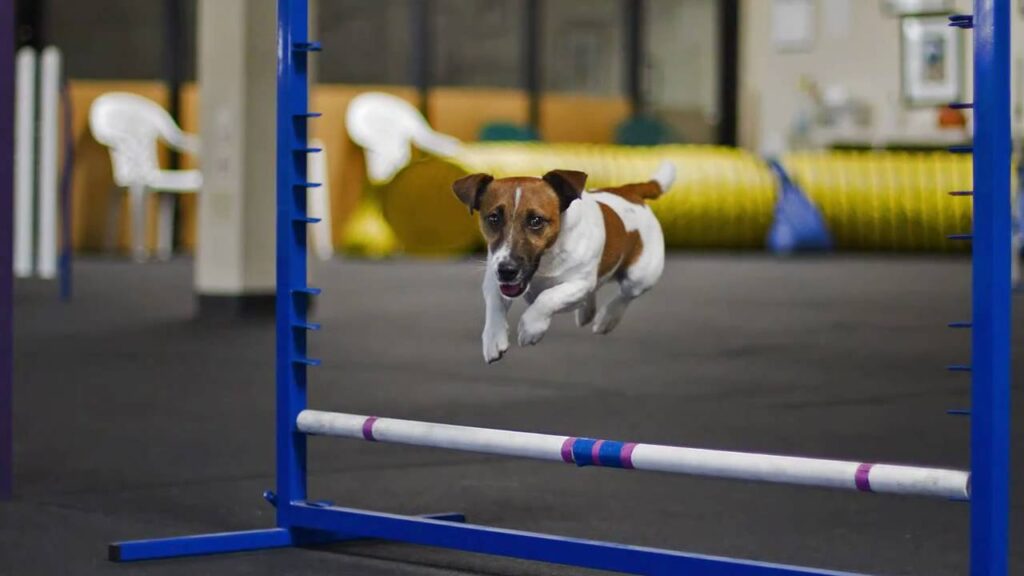 So, before you start training your dog, make sure you find a way for him to spend his extra energy.

You should also understand that consistency and discipline are key to properly training a Jack Russel terrier. Don’t expect your dog to be fully trained in few days. Training can last up to several months.

Next, we discuss the importance of training Jacks from and early age…

Training Jacks from an Early Age 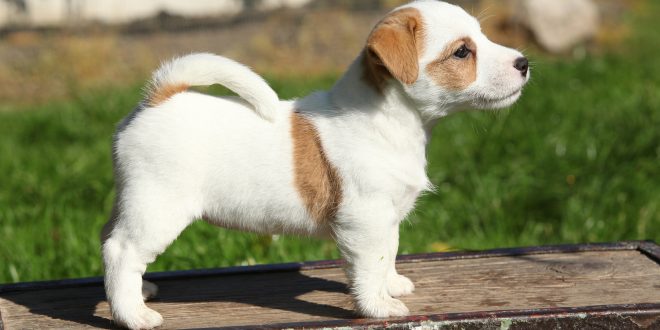 Jack Russells are strong-willed and independent, so you have to train them to fit into your particular lifestyle, and do it sooner than later.

They are said to learn quickly as they are quite intelligent, but you still have to have a lot of patience and use the right training techniques to make them obedient pets and guard dogs.

Remember that Jack Russells will assert themselves as the dominant force in your household unless you train them soon after they arrive home at your house.

If you have a newborn Jack, that is not the time to train them, but give them 8 weeks, and the training can begin. 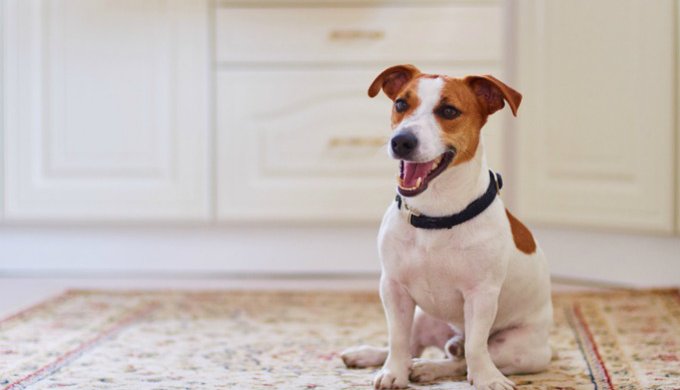 Jack Russells have great hearing in general, as most canines do – they practically hear everything.

As a rule, dogs have a hearing range that is much wider than us humans, allowing them to hear sounds between 16-20Hz on the low end, and 45 kHz or above on the high end.

Jack Russells also have excellent ear mobility, with muscle groups that allow them to “cock” their ears to pick up certain sounds that we could never catch.

Not only this, but these dogs’ ears allow them to identify where a sound is coming from with pinpoint accuracy, and up to 4x the distance we humans can.

Oh, and they can do all of this faster than us too, making their hearing a perfect asset to a good guard dog for your home.

In addition to these general advantages that dogs possess, some Jack Russells have an ear shape similar to a fox, rather than the floppier ear shape, which gives these dogs an edge when it comes to hearing.

So, if you’re wanting to buy a Jack with guard dog purposes in mind, look for the less floppy-eared type, as they will have superior hearing.

As we have already mentioned, Jack Russels are well know for biting people. Stay with us to find out more about this issue.. 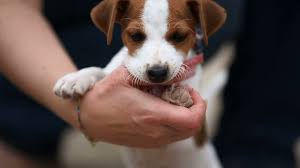 The Sun reported in 2016 that according to Liverpool police, the relatively small Jack Russell is a dog that likes to bite people more than all other breeds of dog.

Jack Russells have been known to kill or maim babies, so this is another reason why they need to be trained well, and early.  If left to their own devices, you might have yourself a dog that nips peoples heels when they come over, or worse.

This author can attest to almost falling down a long flight of stairs due to the sneaky efforts of one neighbour’s trouble-making Jack who liked to leap out and bite my shoelaces.

If you have a family, considering how a poorly trained Jack Russell terrier might act is definitely something to consider before you decide you want to own one.  Misbehaviour in dogs usually has a root cause.

Of course, like other aggressive or clever dogs, these more aggressive traits can obviously be used to your advantage if you’re trying to train a Jack Russell to be guard dogs.

Their loyalty and energy, if you can teach your dog that you are the master, can be a good thing in some cases.

That said, remember that your Jack Russell isn’t going to be taking down any burglars by themselves, most likely. You want to take advantage more of their barking abilities, and their acute hearing. 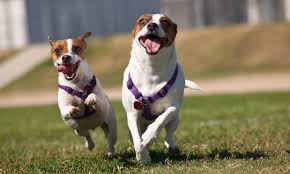 Once properly trained, you will always be informed when someone is approaching your house, because a Jack’s bark is not easy to ignore.

For instance, if you’re not expecting someone, or it’s late at night, a well trained Jack Russell barking at the right time will tell you that you might have an uninvited guest on the property.

If you train your Jack extremely well, it is possible he can learn the sounds of certain people’s footsteps, and bark when strangers approach, or if someone is coming to the side or back of your house.

Jacks also have a vicious little growl (as the earlier video showed), which can also be used.  As we said, these dogs are smart and can be trained to do a number of things that might surprise you.

Of course, you should teach your dog not to bark when some actual family member or friend approaches your home.

If trained wrong, the constant barking will be more annoying than helpful and what you will have on your hands is one poorly trained, confused little barking machine.

Here is a Jack Russell barking at someone approaching.  As you can see, the bark is quite hard to ignore.

Another important fact about Jack Russells is that they are VERY energetic. So, for them, exercising is not just recommended, but a MUST in order to spend all that energy. They can be quite dominant, but it’s your job to teach them who’s in charge of the household.

Next, on to the training tips. 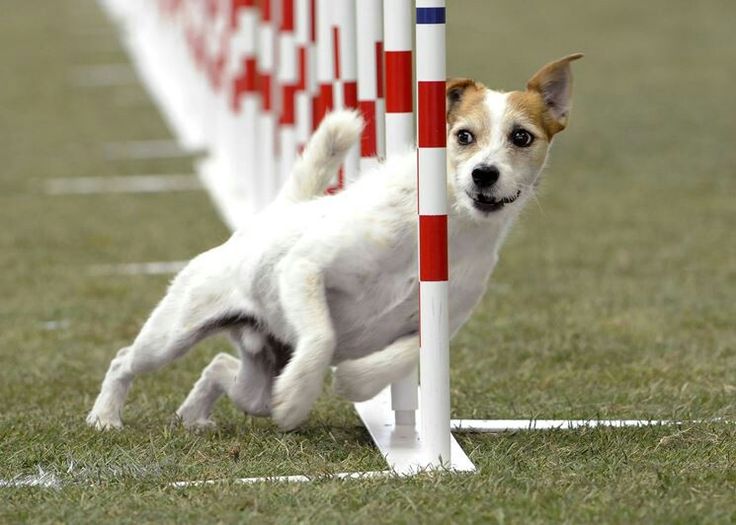 Here are five tips to remember when training your Jack Russell to be a guard dog:

When training your Jack, keep the mood positive, but be firm when necessary.  Use treats and games to reward your dog whenever it learns something correctly.  The Clicker method is a good way to go about this, as its proven to be highly effective.

Also, don’t let yourself get frustrated while training and punish your dog too harshly as it won’t have the desired effect. 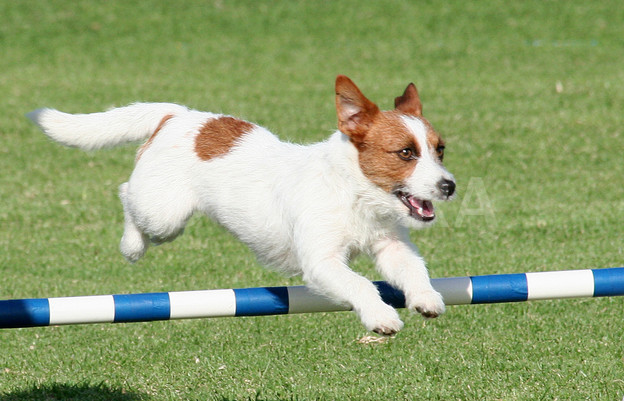 You don’t want to make enemies with your Jack over the training, and they will grow resentful if you are constantly reprimanding them.  As we’ve seen, an angry Jack Russell can be rather dangerous and potentially lead to them attacking you!

Jack Russells are known for their strong will and independence, so try not to make the training overly long or put your dog in a bad mood, as this will foil your efforts, maybe just for that day if not for good.

Developing routines is crucial for the training of any dog, especially a dominant breed like a Jack Russell. Make sure it knows his feeding times, bedtime, training times, and play times.

Having control over his food, exercise, and sleeping time will help you control his aggressiveness and high energy levels. What’s more, it’ll help you be in the role of the master, as you need to be at all times in order for the training to work.

With Jack Russells, you shouldn’t let them feel you’re forcing them to do something, but, rather, you’re teaching them to be more helpful in the household they are a part of.

If they don’t like how you’re training them, they might try to turn your training into a type of game you’re playing with them, and become the equivalent of a bad middle school student who just won’t cooperate.

Don’t let them turn the tables on you!  If your Jack doesn’t respect you, training him or her will be next to impossible.  You need to ride the line between being your Jack’s trainer and master, as well as someone who is supporting them through this process. If you want your Jack Russell guard dog training to be successful, you truly must work as a team. The training time should always be short, but effective, and then rewarded immediately with things they enjoy afterward, like a walk.

If things aren’t going so well, and one of you gets angry or frustrated during the training, maybe it’s time to make a break and go for a walk, or relax with a game your dog enjoys.  You can try the training again later. Tips for In The Yard

If you keep your Jack Russell in your yard, be with him near the gate and let him bark whenever a stranger passes nearby. But, if someone close to you approaches and he barks, tell him to stop with calm voice.

For better and quicker results, ask someone to help you. That can be a family member the dog knows, and someone he hasn’t seen before.

Ask them to walk near your yard, close to the gate or fence, and eventually enter inside the yard. Repeat few times with each, the family member and the stranger, and feel free to use awards while you teach your dog who to bark at. You can do the same thing inside the house. Ask someone to ring the doorbell or knock on the door, giving your dog something to react to. Jack Russells are very protective and territorial in their nature, so they won’t even need to see your frightened expression to start barking.

After the person enters, tell him to stop if it’s someone you know and want your dog to remember (like a family member or close friend), and give him a treat the moment he does what you ask.

But, if it’s someone you won’t have often in your house, let him bark longer after tying him to prevent the dog from attacking the ‘stranger.’ Let him bark for a while and then tell him to stop and give him a treat.

We must stress that consistency is most important when it comes to training Jack Russells to be effective guard dogs, so make sure you do this every day, or at least every other day.  Giving up on the training will lead to confusion in your dog.

Once again, we remind you that harsh punishment is not recommended for training Jack Russells. Instead, ignore the mistakes and award the tasks done properly.

At the end, don’t forget the socializing part. Make sure your Jack Russell spends time with people as well as other dogs to learn how to interact appropriately.

Sometimes, these aggressive dogs can become little terrorists if not socialized and trained early enough.